Can Melanotan 2 keep you from burning? Can it help if you have tattoos? All of this and more are discussed in this video.

I recently went on vacation with my daughter and Sven to the Dominican Republic and Grand Turk as many of you know Sven has been researching Melanotan 2 as an alternative to tanning in the Sun so the question that needed to be answered was how practical is Melanotan 2 if you actually do spend time in the Sun? Will it protect your skin from burning as if you already had a dark tan?

First, I have to give this standard disclaimer I’m not a doctor I don’t pretend to be a doctor and you should consult your physician before injecting or ingesting any medicinal compounds basically don’t listen to me for any medical advice because my videos are educational, not instructional.
I did another video on Melanotan 2 about a week or so ago so as a quick refresher:
Melanotan 2 is a research chemical only it is an injectable peptide which is not intended for human consumption it was developed for the purpose of tanning without having to spend hours in the Sun and surprisingly it accidentally showed promise as a sexual dysfunction drug as well,  so not only did Sven get a tan but he also increased his libido on top of that.  Let’s just say his equipment tends to work a little better when he’s on this compound.
From a tanning perspective, Sven found that Melanotan 2 alone was okay but when he used it in conjunction with one visit a week at the tanning spa it really put Melanotan 2 into overdrive.   It should also be mentioned that Melanotan 2 will make your freckles darker so any dark spots you have on your skin will be intensified making them almost black.  This is said to go away after the compound has been discontinued however a Melanotan 2 tan is supposed to last for weeks even if you stop giving it to your test subject.
One thing I didn’t mention in my previous video was the benefit to those whose hamsters have tattoos.   What’s the number one enemy of any tattoo???   It’s the Sun – the Sun tends to fade a tattoo making it necessary to either live with a washed-out image or to get it redone at some point in time.  Melanotan 2 would theoretically severely reduce this unwanted issue allowing a golden tan without ruining the ink you originally spent so much money on.
The results from Melanotan 2 also looked like you have a tan.  It doesn’t look orange like spray tans or tanning creams.  It increases the melatonin in your body so it mimics what the body would do naturally under sunlight conditions.  your test subject will kind of do a loading phase and once the desired results are achieved it can be back down to what’s called a maintenance dose.
What’s the answer to the experiments Sven set out to test?   Did Melanotan 2 keep his skin from burning in the hot Caribbean Sun?   The answer is absolutely,  even after hours of sun exposure there was redness but no burning or blistering.   Had Sven’s skin not been modified with Melanotan 2,  there is no way in hell he would have been able to be in the Sun the next day.
I’m not gonna go on to the negative effects of Melanotan 2 because I talked about those in my previous Melanotan 2 video and it’s really not the purpose of this update however please reference that video for any risks involved.
The bottom line is, as far as Sven is concerned, Melanotan 2 is an amazing compound that provides protection from the sun exposure makes him look golden brown, keeps his ink from fading and makes him want to screw everything that’s not nailed down.
Honestly what more could a dirty little hamster want! 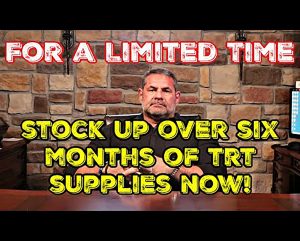 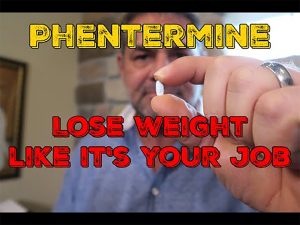